One retailer details how U.S. purchases have played a big role in the company’s success

Fred Pritchard tapped a small vein of online gold a few years back when the company he works for, Golda’s Kitchen, stocked a cooking accessory popularized by celebrity chef Jamie Oliver. U.S. shoppers were clamoring for Oliver’s flavour shaker, but the sole U.S. distributor didn’t have it. Toronto-based Golda’s Kitchen did and so its online sales soared.

Keeping a keen eye out for niche products is one way Golda’s Kitchen is enticing U.S. shoppers to buy from Canadian online retailers—a phenomenon that our report, “Where We Buy: Consumer Attitudes on Global Ecommerce,” suggests is ripe to take off. The survey, conducted by Ipsos, polled U.S. consumers with access to a device on which they could conduct e-commerce and found that 20% of U.S. shoppers have purchased online from Canada and a whopping 77% are open to purchasing outside the U.S..

Of those purchasing internationally, 39% had done so in the last week—that translates to 16.5% of the total U.S. adult population. By these estimates, the current market for purchasing cross-border totals nearly 39 million U.S. adults a week.

Golda’s Kitchen is capitalizing on that interest through a geo-segmented email program, says Pritchard, the company’s vice president. U.S. subscribers to baking supplies and cookware company’s newsletters and emails are automatically directed to the version of the website showing prices in U.S. dollars, and they receive offers for turkey roasters before the U.S. Thanksgiving holiday in late November, not the Canadian one in mid-October. “We can curate our offerings and then find customers in the U.S. that would appreciate it,’’ Pritchard says. The company has one brick-and-mortar location outside Toronto along with its online business.

Pritchard’s strategy addresses the number one reason cross-border shoppers buy from retailers outside the U.S.—61% say it is for the unique merchandise. But it appears Golda’s Kitchen is more of an outlier as the strategy is not being exploited by other Canadian retailers. While Canada is by far the top country that U.S. consumers would consider buying from, only 20% have actually done so.

Overcoming shipping costs and other logistics

Pritchard has also had to think creatively about shipping. Because shipping can be expensive to the more rural parts of Canada, Pritchard created a shipping deal that works well for multiple countries: On a minimum order of $125, the first $12 of the shipping costs are free. That also works with many of his U.S. customers who have small baking businesses and buy Golda’s cake decorating equipment and supplies in bulk.

Shipping costs are one of the barriers U.S. consumers identified in the survey. Sixty-seven per cent of U.S. consumers express concern about shipping costs, and they also worry that delivery will take too long (43%), there could be hidden costs (42%), their transaction will not be secure (41%) and they will not have access to free returns (37%).

Pritchard says it can take up to six days for orders to reach certain parts of the U.S., and you must have tariff codes, detailed product descriptions and country of origin for cross border shipments. fHe must also work through currency exchange issues. While it’s generally not a problem when the exchange rate is stable (as it usually is), it did cause a bit of a pinch in late November of last year when the Canadian dollar weakened significantly in relationship to the U.S. dollar, over a short period of time, just as the holiday season was taking off. “We didn’t feel that we could raise prices during the holiday season to account for higher exchange costs,’’ Pritchard says.

But none of these issues mean Canada’s online retailers can’t compete with U.S. merchants. Pritchard has done particularly well with niche products that might not sell in high volume, thus causing large U.S. online retailers to pass on them. He says Golda’s Kitchen is happy to take a chance on something new that might only sell a few dozen units in a year. He also pays close attention to keeping items in stock that are popular with loyal customers—Canadian or U.S.

“A large portion of our sales goes to the U.S. every day,” says Pritchard. “It surprises us, given the breadth of selection that one is led to believe that the Americans have at their disposal, yet they buy from a Canadian because we carry things that they obviously can’t get locally or conveniently.”

This article originally appeared in the November 2016 issue of Direct Marketing.

The mobile wallet opens up opportunities for marketers

Susan Wall is vice president of marketing for Bronto Software.

The evolution of an expert fraud investigation team

‘Tis the season for e-commerce

How smartphone numbers can help e-commerce retailers improve their marketing 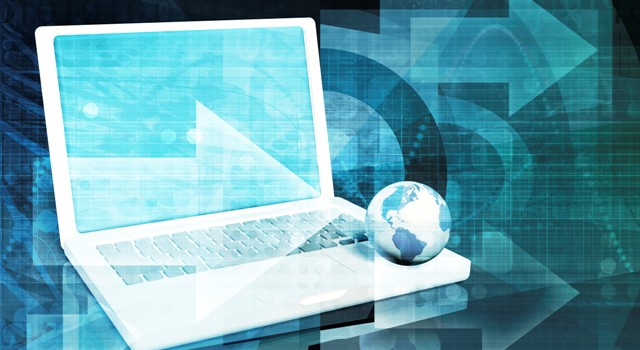